Got an invite from Richard to fish 4 hrs down and up last night and although a rubbish tide jumped at the chance as I wanted to see how the venue fished at that state. The session started off well with no weed so decided on an info gathering session and hold the rod at all times rather than use the rest.

Well the tactic certainly told me one thing, apart from a load of weed that made an appearance over low there was nothing about (bass wise,) so after 4 hours I admitted defeat. Richard on the other hand was fishing with that warm contented glow and confidence that comes from having a bit of success and had to be nudged into going home!

It was almost like he had eaten a bowl of Ready brek but I'm sure Richard will update and continue with the session...

Well, it was a breezy but warm night and as Gary said, a bit of a speculative bass session on a neap tide over LW and I was trying out some different rigs etc.Half Eight-ish saw us each deploying a single bass rod fished close in, and the intense business of watching and feeling for the slightest interest commenced.

It was quite a task at times to keep the big mackerel baits fishing properly, with the amount of weed about - even at short range.At low water I decided to flick one out a bit further - further in this case being all of about 25 - 30 yards. I could feel the 3 ounce lead pulling through what I deemed to be a band of kelp, but drifting weed seemed to be less of an issue at that point.

After a few minutes the fine tip of the rod slowly took on more of a curve and I thought 'here goes another clump of weed', but on tightening up I could feel a steady kicking and a fair weight trying to move off to my left.
A steady, careful retrieve resulted in a surprise for the night, in the shape of a nice undulate of 8 lb.

Not the target, but I won't complain and it saved an other-wise bite-less night. 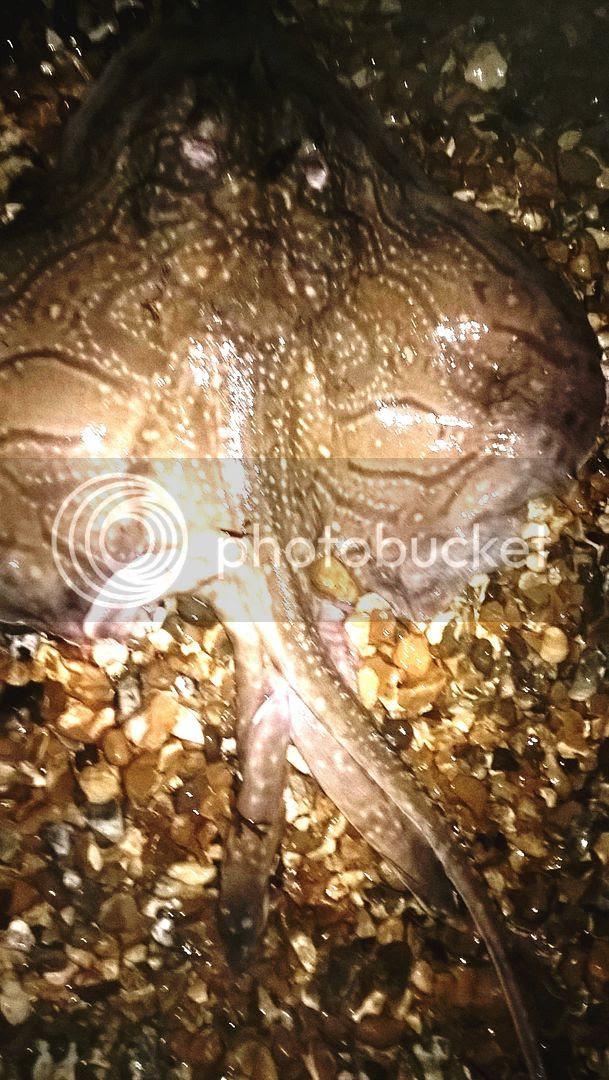