Whiling away the time... 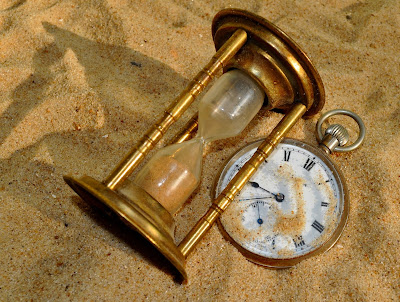 Whiling away the time whilst waiting for the return of the bass, I've had a look back on my records for 2016. The results for me, when compared to previous years were outstanding and by far my best year yet, so it's been interesting to look back and try to find out why.


My first advantage was being able to find them in June. Over the last 10 years or so, apart from the odd schoolie, I've never had any success in June, so it was a real surprise when I located them and they were huge! This meant rather than just try a few early trips and then seriously concentrate again as summer came to a close, my early success kept my enthusiasm going throughout the year with the added benefit of more rod hours in the water.


Thankfully my good fishing buddy Richard made a welcome return to the shoreline during 2016 which gave us the advantage of comparing results at different venues. Richard kindly showed me a mark many years ago that was responsible for a real step-change in my results - but the last few years, and especially during 2016, the returns were rubbish. In fact, from memory it only produced one decent bass to Richard, despite many knowledgeable hours fishing at the right time and at the right place.


Although not good for Richard it stopped me fishing a spot that didn't produce and so I could try out different locations, times and state of tides. Over the past few years my typical fishing times had changed from mostly night to fishing during the day - because that was when I was getting results. However trying new venues meant I started to do more night and early morning sessions to find the best times. An interesting observation (although still early days) is the realisation that the traditional set of building spring tides isn't always the best time to go, and on some marks it could be the kiss of death when compared to a later set of neaps.


Bait was the usual mackerel, but over the years the size used has gradually grown to a point where I will happily use half a large mackerel to make one bait. I'm convinced this is making a difference when the bigger fish are around, although I'm certain on a couple of occasions I may have missed out on a few smaller bass with my determination to grab that biggie.


My results over the year were 5 bass between 3 and 4 1/2lb, and 4 bass over 5lb with two around the 9lb mark (to enable a quick return I like to measure rather than weigh.) Although nationally these numbers wouldn't raise an eyebrow, when you compare these results with 2015 when I only caught one decent bass, and I had to wait until December to get that one, then you can see why I'm quite chuffed!


Really, really looking forward to this year as I have a couple of new ideas to try out. The first one is ground-baiting; over the years I have played around with this but its all been a bit half-hearted, so I'm going to try a few ideas from the carp brigade as I'm sure I can do a lot more to attract bass to my bait. The second idea I need to try first to see if it can work but its tied in with using two rods when conditions allow.


I'm hoping that they will still be around in the sort of numbers as they were last year, and found in the same places and times; but that's bass fishing for you - we always seem to live in hope.