A musing of thoughts

Found the start of an old update from about 3 weeks ago that never got posted. Since then I've added to it with bits of rambling so I thought I would share with my two readers.

Fished two tides since the last update. Both times I've continued fishing the tide down - something I have never done in ernest in all the years I've been fishing. What's been interesting is the amount of activity I'm getting, take this morning for example, I missed two runs in what are considered to be the worst conditions for bass. Falling neap tide under a blazing hot sun.

I feeling gutted about the missed runs - and I'm now questioning everything again, but I have to keep telling myself they were most likely schoolies and I'm just having a bad run of luck. Rob can't seem to do lot wrong on the Island and landed another good bass this morning around 5lb. He's found a great spot literally 5 mins walk from his flat! Lucky bugger.

I've also been looking back at my blogs and noticing just how may bass I've caught over the years during the day in bright sunny conditions. In fact on one mark nearly all the big bass have come out when the sun has. The more I think about it, the more it makes sense. Bass are sight and smell feeders and are more likely to see your bait moving in the tide when the water is clear. Yes they rely on smell, but how long does a lump of mackerel remain smelly before its all washed out?

Been out again and fished the building tide this time, in flat calm and sunny conditions. Once again I was pestered with fast hit-and-runs that I could not connect with, until I decided to lengthen the snood and use a mackerel fillet. Within 10 minutes of casting out I was into a schoolie of around 3lb (which put up an amazing first round fight). So feeling better about all those missed runs I reverted back to half a large mackerel.

As the sun rose no further action came and I packed up about an hour after high. Thinking back on the walk to the car I received the same amount of action as fishing the ebb on the previous day. All very interesting. 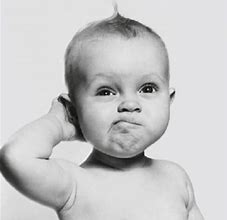 As this post is fast becoming a musing of thoughts I thought I would share that I have started to use a bite alarm... I know. In my defence this has only come about due to the quiet freespool on the Shimano 4000. If there is any wind or wave noise you cannot hear it - and that's when I'm holding the rod! Only certain beaches are suitable for the use of a bank stick with the bite alarm and the best have been the steep beaches with plenty of water depth close in. Although I don't use it all the time during a session, its been great while waiting for the bite times, calls of nature and when preparing the next bait.

The alarm is an old (must be over 20 years?!) Fox micro alarm with sponge and tape over the speaker as even with the volume turned down it can be a bit too loud. The only other modification I will make is to paint over the LED as its really bright at night so I'm hoping that will help reduce the brightness. Honestly, its been a revelation. Initially I felt a bit of a wally using it but its already become a piece of kit that on certain beaches and times I wouldn't be without.

Continuing the revelation theme something else I've been doing and I don't see it mentioned much in the sea angling media, is hook sharpening. We all know we must use sharp hooks but how often do you check, and how often do replace or file the point pin sharp when they're not? Have a look at what the carp boys are now doing in this area, anything that can help put those small percentages in our favour must be worth a try. These days I always have a small hook file with me to touch up my hooks, especially when lure fishing - its a must in my opinion.