A good trip at last. Had to get out after last nights storm and I'm so glad I did. Fished the tide up from about 10am this morning, first bite within 10 minutes of casting out. No messing about this one, line poured off the spool at a rate of knots. Great fight trying to get under an obstruction, in fact we were at stalemate at one point until a change of direction meant that for a second I thought I had lost it but thankfully it was running towards me. 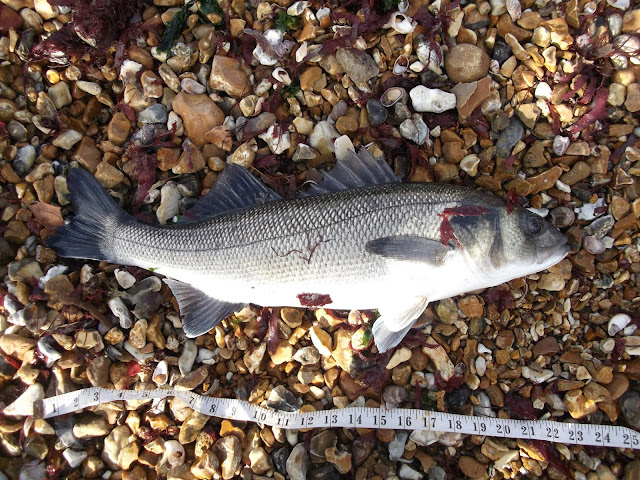 24" exactly which would have made it roughly 5.75lb. Then proceeded to miss a couple of runs due to a combination of rough seas and strong wind (that's my excuse!) until I latched into one of just over 22" approximately 4.5lb. 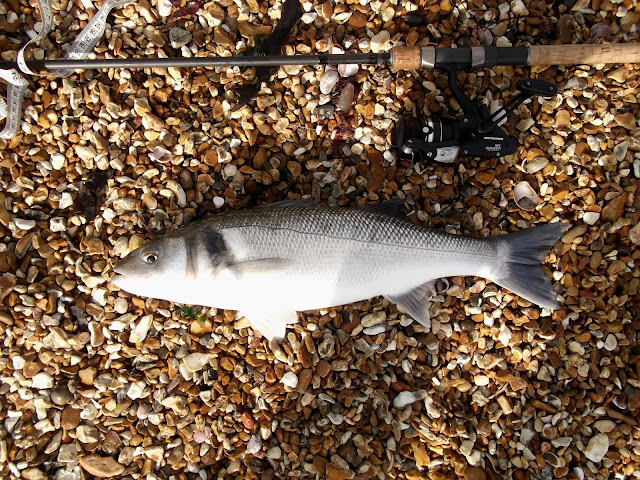 The wind then really picked up along with rain and hail but last knockings produced a really spirited fighter in a bass of 19" which was lightly hooked so I was able to return at the waters edge so no picture. Packed up 2 hours after high, interesting to note most of the action came fishing the tide up so may get out tomorrow and try to fish the tide a bit earlier.