Fished the tide up last night. A very quiet night with no shows at all on the incoming tide. While I appreciate some tides have fish and others don't, it's strange they appear on a tide when you are not expecting them and vice versa.

However I kept at it until about 11ish when a bass made a determined run for my lure about 10ft from the shore. As I was retrieving the SP in the dark I assumed it was about 15-20ft out, so when I saw out of the corner of my eye a bow wave approach and then for the rod to be yanked down, followed by a screeching reel - it was a mixture of shock, surprise and elation!

There was no need to set the hook as the bass had made its mind up that it really wanted this bit of soft plastic. Run after run followed in the shallow water. I think it may have scraped 3lb, nicely hooked in the scissors. Swam away strongly.

Just checked the length weight ratio and at 20" I may have undersold myself - around 3.4lb's 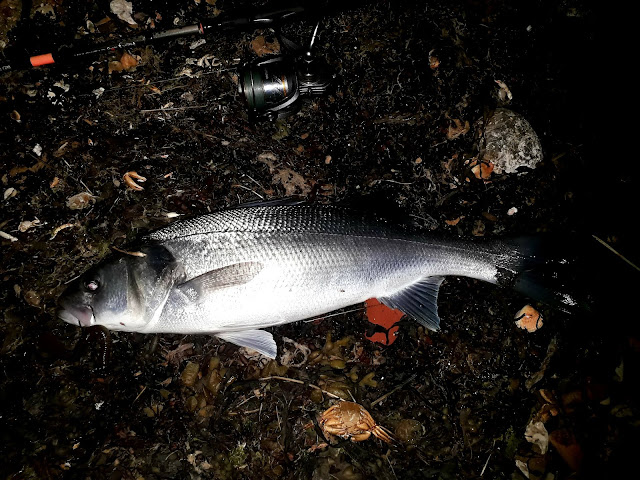