During the afternoon I mentioned to the family, who really are past caring, I think tonight's going to be a good one. So why at 9pm was I really having to push myself to get out the door? Arrived to find a deserted beach, which was a pleasant surprise considering it was a midnight tide on a Friday, and was soon set-up using my usual tactics.

Well it did turn out to be a great night. From about 1 1/2 hrs before high it was a bite a cast, unfortunately all from very small schoolies until I hooked into a bass that stayed deep and strong, but before it could really get into its stride, it came off. I was absolutely gutted as it had all the hallmarks of a proper one - you know when you get that feeling - however all was almost forgotten as after a quick cast, I had a quick bite from a bass of 3.1lb which gave a really good account of itself. 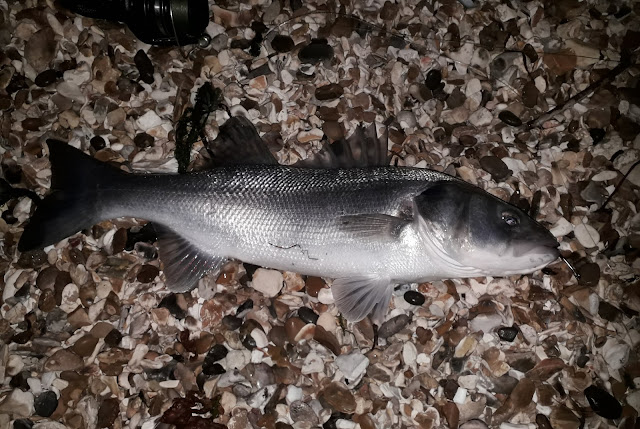 It was just gone midnight when I struck into a bass that took line right from the off, this again felt like a proper one, and then the line went slack. I couldn't believe it, but I wound-in quick hoping it had changed direction and was swimming towards me, yes, I was back in. For a moment she just hung around close to shore a bit confused as to what was going on and I was just considering beaching it, when she tore off parallel to the beach ripping line as she went, before moving out deep again. This state of affairs went on for some time, and every passing moment I was starting to fear the worse and thinking I can't lose this one, but eventually after the best fight I've had from a bass on an open beach, she was landed. 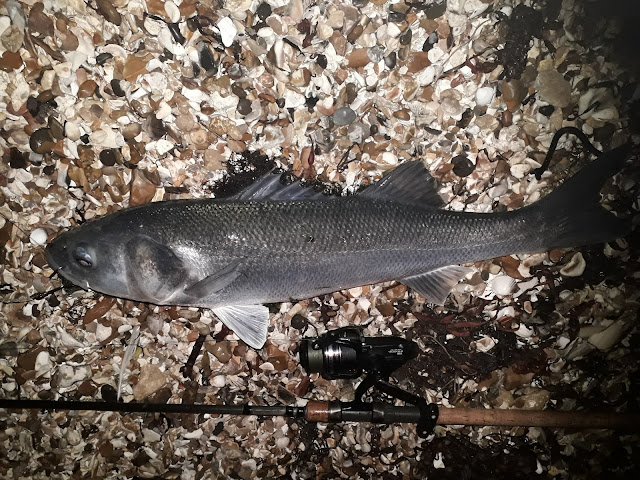 She measured 26.5" inches (around 8lb in my opinion) and was in superb condition. It was great to see her swim off strongly. I sat back for a while enjoying the night before making another cast. It wasn't long before my rod soon ripped off again, this one went like an absolute train, but without the weight you get from a good one, but at 4lb I wasn't complaining. I carried on for another hour or so, but eventually a succession of schoolies meant it was time to pack up. 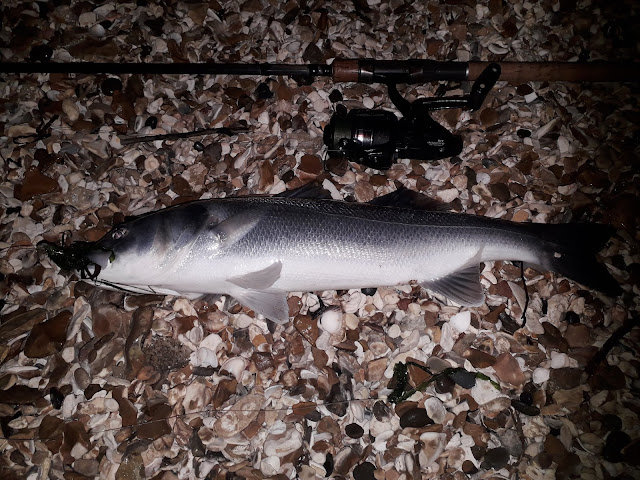