I should have been happy... but

A bit of a generalisation, but there tends to be two types of anglers, one who just wants to catch all the time - regardless of the size, while the other is willing to set out his stall for a larger one. Well that is exactly how my two brother in laws are, except at the moment Bass Man Rob is catching all the time, and they are all huge.

Had to get out last night following the previous days storm on what were nigh on perfect conditions. The sea still had a hint of anger, dark and cloudy and the weed was surprisingly absent. The plan was to fish a spot that did well for me following a similar spell of weather in July two years ago, with a roving approach of fish for 10 minutes, then move along 20 yards and repeat. Could it happen again?

Short answer, yes it could have done. Ended up with 2 bass, 19" and 20" respectively and missed around 8 runs that I failed to connect with, due I hope, to using baits that they were to big for the schoolies. Except for one, now normally the bass run with the bait from right to left, but this one went in the opposite direction and slightly towards me as well. I eventually caught up with it and felt its weight for just a split second before it came adrift. I jumped up in exasperation just like a little school boy. 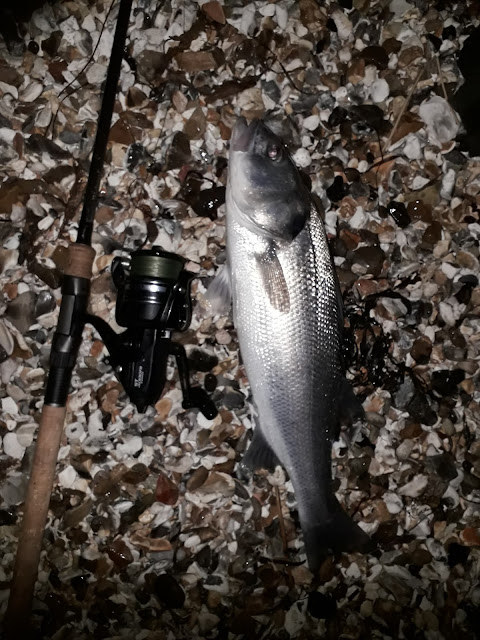 High had passed and the action had stopped so I thought I would text Rob who was also out fishing tonight on the Island. I was feeling pretty happy with my results and although not the size I would have liked, it was nice to get so much action following my recent run of blanks. My feelings changed somewhat when I saw this picture from Rob. What an amazing fish, 28" around 9lb - stunning. 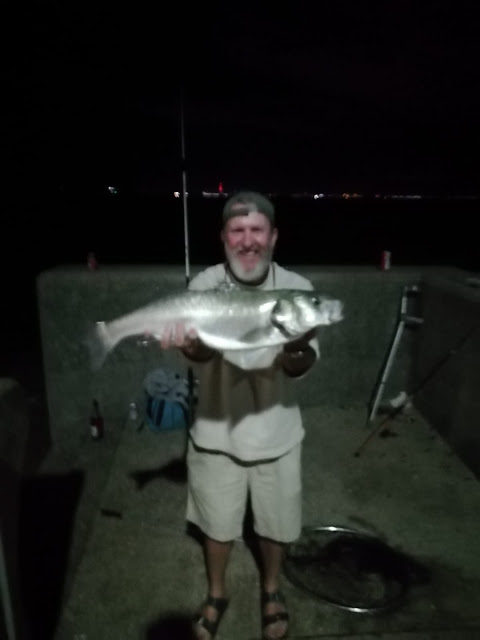 Footnote, just had an update with all the details from Rob this morning. Last night he failed to mention he also caught another bass of around 6lb... I'm definitely moving to the Island.