Well that one was a tough one. It wasn't so much the wind, it was the weed that was really difficult. The plan was to do a quick 2 hr trip over high, but arrived a bit earlier than expected and couldn't fish effectively until about 20 mins after high when the weed thankfully cleared. If it hadn't I was going home with my tail between my legs.

If anyone else was watching the weather forecast yesterday you would have seen it change almost by the hour, and the last update before I left said the wind would drop off around 9pm - well that didn't happen. First cast I missed a run, and then for nearly 2 hours it was cast, hope the lead would hold, feel the weed, feel the lead come in on the next wave and start again - if I was lucky I got 3 minutes a cast. At 10 I'd had enough, I was tired, wind blasted and frustrated so sat down on the beach and watched and waited, hoping the weed would do a disappearing act over high. 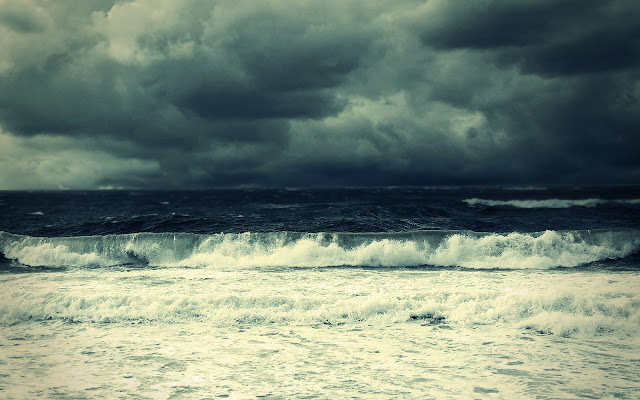 Around 10.30ish I gave it another go and thankfully the weed had cleared. Ended up with 2 bass, best 3.75lb and missed 3 more runs. The combination of wind, weed and braid can give a great impersonation of a bass hit, adding to the frustration, however once the weed had cleared I absolutely loved it!